Over a third of images uploaded are rejected by our team of kittenmasters. Why?

Well, there's several reasons, and we've listed most of them below. If you follow these guidelines, you'll have no trouble getting your images approved to do battle. The better your images are, the better your kitten will perform, so it's worth getting it right!

The most common reason is this: your kitten is not a kitten, but a full-grown cat. We used to let cats in, but they began to take over, bossing the smaller animals around, so now we're much stricter. No full-grown cats are allowed any more, although we might let the occasional young adult in. Especially if they're still cute. Now on with some more examples...

What's wrong with this little fella? Well, he's obviously very cute, but the original image is too small. Look what happens when we blow the picture up to the size we use for our kitten battles: 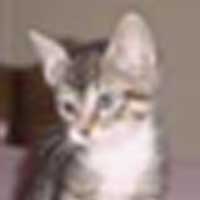 See? He becomes all blurry. This is not good. Try and make sure your original images are no smaller than 250 pixels wide and tall - and remember, our system will reject pictures smaller than this automatically.

We admit that there's nothing really wrong with this picture. In fact, this little fellow is quite lovely. But guess what? We see this picture uploaded nearly every day, and we reject it every day. Remember, the purpose of kittenwar is to judge how cute your cat is. That cute picture you found on the Internet? We've probably seen it before, and it will get rejected. 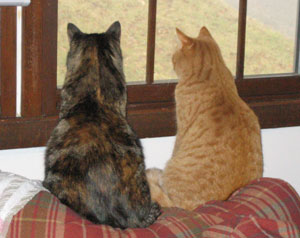 These cats look very happy. They've probably spotted some birds, and can't wait to get outside and have some fun. But this image was rejected for two reasons: first of all, these lovely chaps are fully-grown. However, even if they'd been kittens we still would have rejected this image. Why? Because their faces are not turned towards the camera. Kittenwar is about the cuteness of the cat, not the pose, and no-one can tell if these cats are cute from this picture. 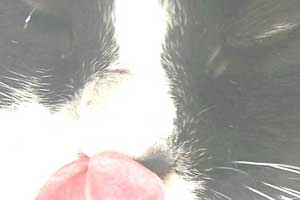 This one got rejected too. Aside from the fact that it's quite rude to shove a camera in your kitten's face (especially when you use a flash), the pictures that result are nearly always unsatisfactory. So give your cat some space, and wait for them to look cute - it'll happen quickly enough. 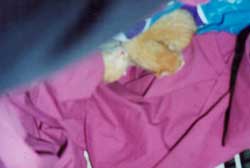 This picture was taken from a sensible distance, giving a mother and her newborn offspring some space, but the picture is out of focus, and was rejected. If your picture is crystal-clear, it stands a much better chance of being accepted. 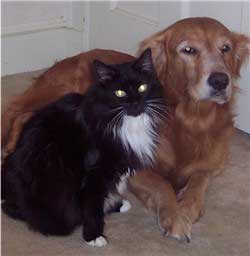 The problem here should be obvious. This picture clearly contains an animal that it not a cat. We have nothing against dogs, but they do not belong at Kittenwar. If you want pictures of dogs, we suggest you try the puppywar site. 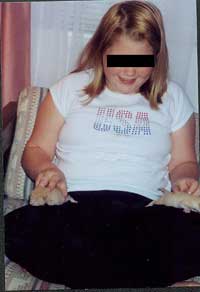 Once again, there is something else in this picture besides the two very tiny kittens. No humans, please! 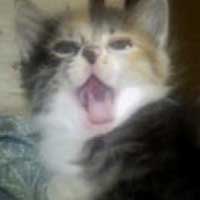 This picture is a little out of focus, but we also rejected it because its owner uploaded lots of pictures of the same kitten. The reason we don't allow this is because we cannot let kittens compete against themselves. Why? If you've ever placed a mirror in front of a kitten, you'll know why. Chaos. So choose the cutest picture you have, and upload that one! 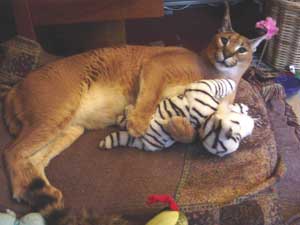 Woah! Look at this beast. While we accept that this is a cat, we don't recommend keeping wild cats in the home, so we had to reject it. They're a little dangerous and aren't good for the furniture. Domestic cats only! 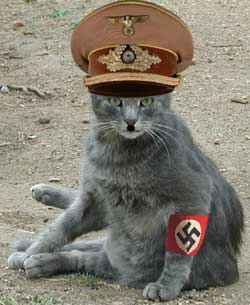 We had to check this, but our encyclopedia confirmed our suspicions: cats were never enlisted in the Nazi Party. We won't accept pictures of cats with laser eyes or sniper rifles either. So no photoshopping! (although using the 'auto-contrast' feature can improve the quality of an image quite nicely). 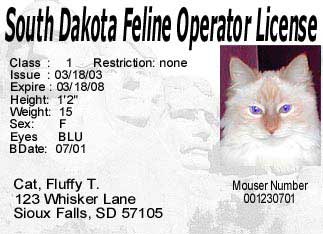 Once again, we are led to believe that this image might not be authentic. As far as we know, cats do not need a license to operate, even in South Dakota. Rejected.

British comedian Rowan Atkinson is not a kitten. Rejected! 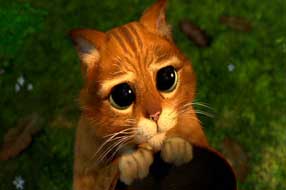 This cat is quite obviously not a real cat. Rejected! 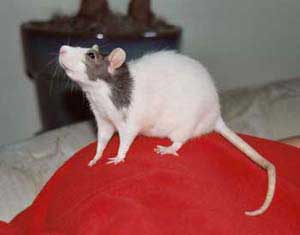 This is Templeton. He's very nice, but he's not a cat. So we rejected him. Sorry Templeton. 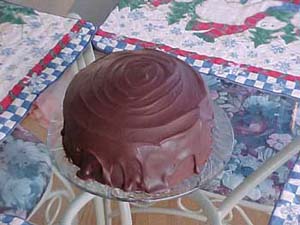 This is not a cat. It's a cake. It looks delicious (we like chocolate very much), but we had to reject it all the same. Sorry again.

We will also reject photos of kittens who appear distressed, are placed in situations which potentially might cause distress, or are wearing costumes of any sort. If you remember these rules, there's no reason why you should ever have another picture rejected again. Happy uploading!